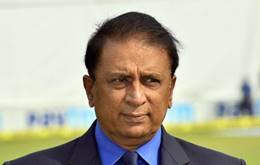 Sunil Gavaskar had made his mark as a good cricketer from the days of his studies. In 1966, Sunil Gavaskar was awarded the Best School Boy in India . He did his education from St.Xavier’s College-Autonomous, Mumbai and St.Xavier’s High School, Fort . In the last year of secondary education, he attracted everyone’s attention by scoring double centuries in a row for two consecutive times.

It was in 1966 that he made his debut in Ranji matches, and the people of his game went crazy in college. He scored a double century in the Ranji match in Karnataka and impressed the selectors. In 1971, he was selected for the team for the West Indies tour.

Sunil Gavaskar established many records in batting from the very beginning. Sunil Gavaskar was the only batsman in world cricket to score 1000 runs in 1 year 3 times and most centuries (34), most runs (over 9000), and most century partnerships and the most runs in the first series. Sunil Gavaskar used to create a new history in his every innings and runs. He led the Indian team efficiently and won many important victories. One of which is the Asia Cup and the Besson & Hedges World Cup.

Called the jewel of cricket, Gavaskar has provided a solid foundation for his team in ODIs as well. Sunil Gavaskar has made the record of 100 catches in England Sunil Gavaskar scored 10122 runs in 125 Test matches and he became the first cricketer to score 10,000 runs in Test cricket, although later Allan Border broke his record, his record was 20 years. Till now the record for scoring the most centuries was in his name. But after 20 years this record was made by Sachin Tendulkar of Mumbai .

Many autobiographical books have also been written on Sunil Gavaskar, in which it is prominent – ‘Sundays’, ‘Idols’, ‘Run and Ruins’, ‘One Day Wonder’.